The big advantage of this machine is that the heat and CO2 remains in the greenhouse while the humidity in the air is being removed, explains Arthur Spruit of Aardam, a Dutch grower of tropical young plants. The machine in question is the dehumidifier of Israeli company Agam. In 2018, they installed the first machine and after the positive results regarding energy savings and the quality of the plants, they decided to order three more. This month, the machines have been delivered and, as we speak, they are finalizing the installation. 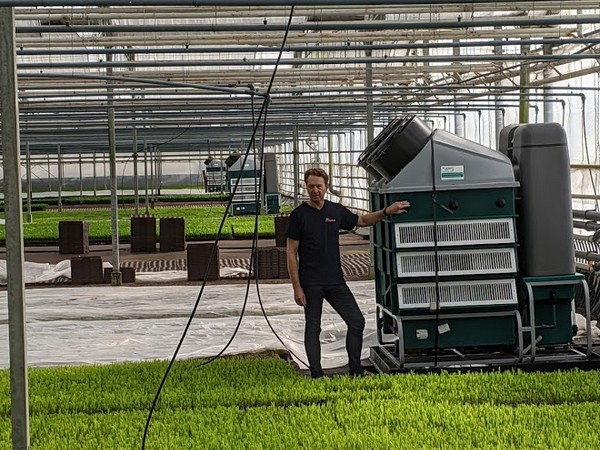 Arthur Spruit with the new machine

Aardam produces young plants - mainly Chamaedorea en Dypsis, but also coffee and tea plants - for growers all over the world. The crops require a lot of water and that's why fungus looms. To prevent the occurrence of fungus, dehumidification is essential.

Traditionally, a greenhouse in the Netherlands is being dehumidified by slightly opening the windows. However then, not only the humidity will leave the greenhouse, heat and CO2 will too, which are essential for the propagation of tropical plants. For this reason, Spruit started to look for an alternative solution and during his search, he bumped into the so-called Climate Converter of Agam. With this new machine, the ventilation windows can remain closed and the machine dehumidifies the air, explains Spruit. "It dries the air by using hygroscopic salt. On top of that, the machine saves energy, because it reclaims the latent heath out of the humidity. As the ventilation windows are closed, the heat (and CO2) stays in the greenhouse, which results in lower heating costs."

Quickly after the first machine was running, Spruit saw less loss and a higher quality of the crop. "There are less fungus. Usually on a dark fall or winter day, it could take two or three days till the foliage was dry after they were watered. Now, it is only one day. In this way, there is less chance for the fungus to develop. It is also said that the hygroscopic salt kills the fungus." Less fungus means less loss, therefore more products, and according to Spruit products with an improved quality. "On top of the fact that there are less fungus, there is more CO2 in the air which results in a stronger product." 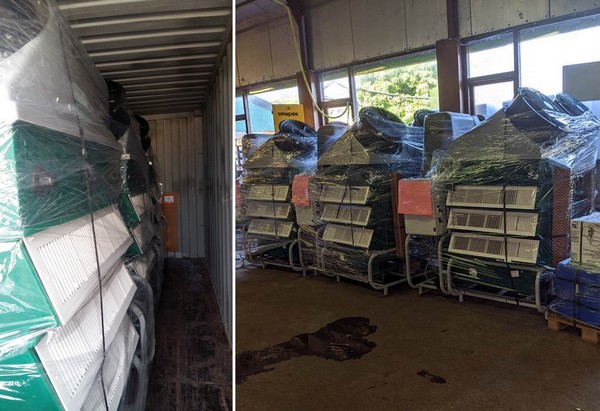 Due to the good experiences with the first machine, Spruit decided to order another three machines. This month, they have been delivered out of Israel and the installation is currently being finalized.

Besides the purchase of the dehumidifiers, at Aardam, they are also busy with renewing their germination cells. "We have five germination cells in which we germinate palm seeds at 30 Degrees Celsius. It was time to renew them and as these cells are usually operational for 10 years, we want to implement all the improvements we thought of over the last years. First of all, it is important that we will have a higher capacity, because of the increased demand. Besides, the isolation will be improved. The lay out will be so that it can be cleaned easier and also some logistical improvements will be made.